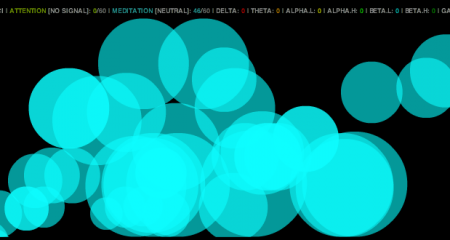 I left FITC Toronto excited about some ideas I had for a BCI (brain-computer interface) project after chatting over drinks with a few physical computing artists who were also attending the conference.

My excitement was due to a new offering from NeuroSky: an affordable, open-architecture EEG (electroencephalography) headset; with minimal dry sensors, packaged as a pair of Bluetooth headphones.

After picking up the hardware (a sub-$100 EEG device) I went to work creating an actionscript based data visualization. Of course, being lazy (the good lazy), and wanting to do many more detailed experiments with the platform; this ultimately ended in a set of API’s to communicate with this device class; the Sekati ThinkGear API.

The framework allows you to interface with the EEG device via socket (provided by the open ThinkGearConnector server; part of NeuroSky’s open development SDK) & allows you to read connection status, signal strength, NeuroSky’s proprietary algorithmic eSense values as well as the following raw EEG values:

The resulting air demo application gives signal & EEG power value feedback via a series of Sekati API ForceSprite balls, which have normal physics & gravity applied to them (dropping to the ground):

When a users brain waves become readable the balls blue snap in to focus. When the waves become focused & reach above a certain (configurable) threshold gravity is removed from the environment & the balls begin to float to the top of the screen like balloons (conversely a loss of focus reapplies gravity & the balls drop like rocks). The user may also control the direction in which the balls travel with the type of thought used; focus & concentration forces the velocity of the balls to the left, whist a more relaxed, passive, observant state of mind forces the balls to the right (keep in mind; this is not mind-control; but rather advanced biofeedback – & in practice is a lot like using muscles you did not know you possessed).

The videos below do a good job of show-casing how this works in practice:

A word about NeuroSky:

After several phone conversations with Jonny Lui, TD of NeuroSky, I can say I’m truly impressed with this companies support of independent developers & technology artists (they sent me R&D gear on one occasion to support my upcoming iOS EEG experiments) & have shown a great deal of support for my framework efforts, promising to showcase these when finally made public (cough, cough) & seem to truly believe the route to popularizing BCI as a future medium is to create an open architecture platform – and profiting on the tail end as the hardware provider; an approach that I believe both gutsy & wise. The bottom line is, if you are interested in this type of tech – you should support these guys; in most cases they will support you back. 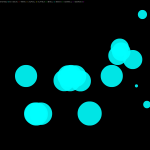 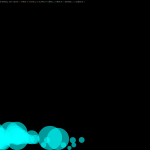 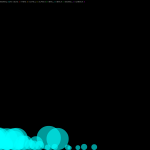 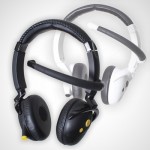 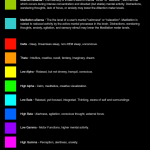